Esther Vergeer: The Most Dominant Player in History

Paralympic tennis star Esther Vergeer has been hailed the most dominant player in history, thanks to her outstanding professional career. She won every Grand Slam singles tournament which she entered, enjoying an amazing winning streak of 470 consecutive matches, spanning a ten-year period.

As the world’s number one wheelchair tennis player from 1999, until she retired in February 2013, she lost only 25 singles matches during her entire career. Spending 668 weeks as the world’s number one, she first claimed the accolade on 6th April 1999 and regained it on 2nd October 2000, finally relinquishing it on 21st January 2013.

Vergeer was born in Woerden, Netherlands, in July 1981. She began having health problems at the age of six, when she became unconscious due to a build-up of fluids in her brain. After ongoing problems over the next two years, a nine-hour operation left her paralysed from the waist down, when she was just eight years old.

Initially, she admitted to feeling “moody and sad” when she thought of all the things she could no longer do, such as running and playing outside. However, her parents refused to let her give up, telling her, “This is the situation, we’re still a family, so let’s make the best of it.”

She wasn’t particularly sporty prior to her illness, but during rehabilitation, she began playing tennis, volleyball and basketball in her wheelchair. Initially, she shone at basketball and played with the Dutch national wheelchair team, winning the European championship in 1997.

She realised sport was making her stronger, physically and mentally. It helped her to “find herself” again, she regained her confidence and became more positive and independent. Focusing on keeping one step ahead of her competitors, she always strived to improve herself or her wheelchair.

Vergeer was playing tennis as well in 1996, but less successfully than her basketball career: after winning one singles tournament in Tilburg and reaching a final in Melin, which she lost, she entered plenty of tournaments, but with limited success.

However, fired up by her will to win and indomitable spirit, she continued playing tennis in favour of basketball. She first began to enjoy success in 1998, when she won the Wheelchair Tennis Masters. This was the start of her amazing professional career.

With three Paralympic doubles’ gold medals, she has been part of the winning World Team Cup side 12 times. She was also the ITF World Champion for 13 years in a row.

In 2002 and 2008, Vergeer was awarded the Laureus World Sports Award for Sportsperson of the Year with a Disability.

Vergeer won 559 of her last 560 matches, so it came as something of a surprise to fans when she decided to retire in 2013, when she was 32, as she was still at the peak of her career. She was popular because she was never an arrogant champion and instead had a simple desire to always do better.

After retiring, she became known as one of the most dominant athletes in any sport. It’s an accolade which has surprised her. “During my playing days, I wasn’t actually proud of what I did,” she admitted.

It was only after her retirement that she began to become proud of her achievements, but said being a role model for young players still felt “weird”. Realising that other people were inspired by her story was the “biggest compliment” she had ever received.

In her post-tennis career, she has remained involved in the sport. As a big promoter of the increased integration of Paralympic and Olympic sports, currently the two events are separate, but she says it’s her “dream” to bring the worlds of able-bodied and disabled athletes together.

In January 2020, Vergeer revealed she had been diagnosed with breast cancer and was starting treatment. Like everything else in her life, she has tackled her latest battle bravely and with determination and dignity.

In April, she revealed in an interview that a scan had shown her chemotherapy was working. She said, “I have completed the four toughest courses of chemotherapy, so I am in good spirits for the rest of the treatments.”

Despite her illness, Vergeer is still looking out for the wheelchair tennis players, whose hopes of playing at the Paralympic Games this summer have been dashed, as a result of the coronavirus pandemic. The games have now been moved to 2021, like the Olympic Games.

Providing a listening ear for the athletes during the COVID-19, she said despite some nervousness among the athletes, they were solving the problems of training at home, which was being done with “a lot of creativity”.

Dragon Courts provides professional tennis court maintenance and cleaning services across the UK. Please contact us for more information on 01572 770404. 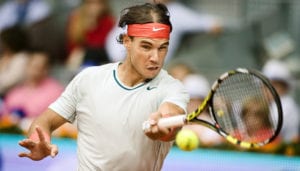 The world’s top tennis players are taking part in a virtual tournament later this month to raise money for worthy causes. The 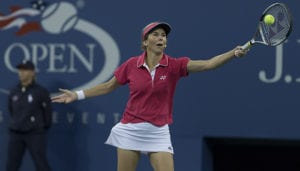 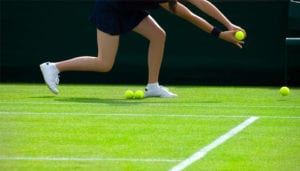